What Does Being Gluten Free Mean for Your Child’s Teeth? 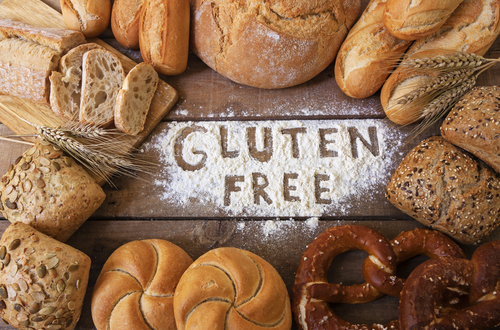 Eating gluten-free has been increasing in popularity over the past couple of years. Sometimes this dietary change is due to choice. Other times, it’s out of necessity. Those with celiac disease or a gluten intolerance avoid gluten because it makes them very sick. In these individuals, gluten can also cause irreversible tooth damage and other serious oral health concerns.

Gluten is basically the proteins found in wheat, rye, and barley. They act like a glue that holds food together and allows foods to keep their shape. Many foods contain gluten, even some that may not suspect, so checking labels carefully is important.

Why is it Bad for Gluten-Sensitive Teeth?

When someone who has celiac disease is exposed to gluten, their immune system reacts negatively and blocks the absorption of essential vitamins and minerals. This includes Vitamin D. Without these vitamins, tooth enamel isn’t protected and begins to erode. In fact, 85% of those with celiac disease have enamel damage. Without the protection of enamel, teeth are left exposed to decay and other oral health problems. But that’s not all. For those who are gluten-sensitive, consuming gluten may also cause:

It’s important to note that gluten negatively affects the teeth of those who have celiac disease or other form of gluten sensitivity, but it does not affect those who do not have a gluten sensitivity. Everyone at our dental office in Erdenheim encourages you to speak with a physician before switching your child’s diet, or your own.

Sometimes signs and symptoms of gluten sensitivity don’t show in the gastrointestinal tract, which is usually the norm. Instead, they show in the mouth first. To make sure your child’s teeth are protected, even he doesn’t have celiac disease or a gluten intolerance, it’s important that he visits our Erdenheim dental office regularly so we can monitor any potential problems.

If he has been diagnosed with celiac disease, make sure you’re keeping gluten away from him to keep both his mouth and body healthy. Also practice an at-home oral hygiene routine of brushing twice a day for at least two minutes and flossing once a day.